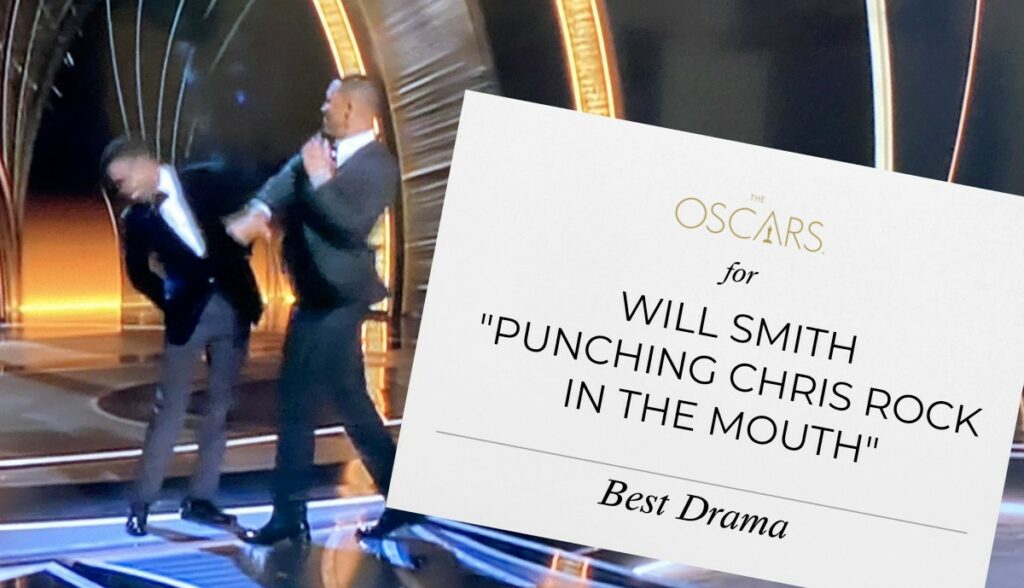 The Academy Awards have today rushed to re-award the Oscar for “best on-screen drama or fight scene” following an on stage scuffle which saw Will Smith punch Chris Rock in the mouth. Responding to a speech made by Rock during the ceremony, Will Smith proceeded to live out ever Oscars viewer’s dream, by storming onto the stage and punching the host for their lame attempt at a joke.

Organisers for the awards have apologised to the public, stating that it was not their intention for the ceremony to be that interesting. “We never intended for this televised event featuring all the worlds best actors to descend into drama,” explained the head of the academy. “Wait I’ve just seen the ratings numbers. Alright, let’s get ready to rumble!”

Representatives for Smith have apologised for the incident, stating that he will be seeking help for the outburst, and he will be temporarily rehabilitating with his uncle and aunt in Bel Air.