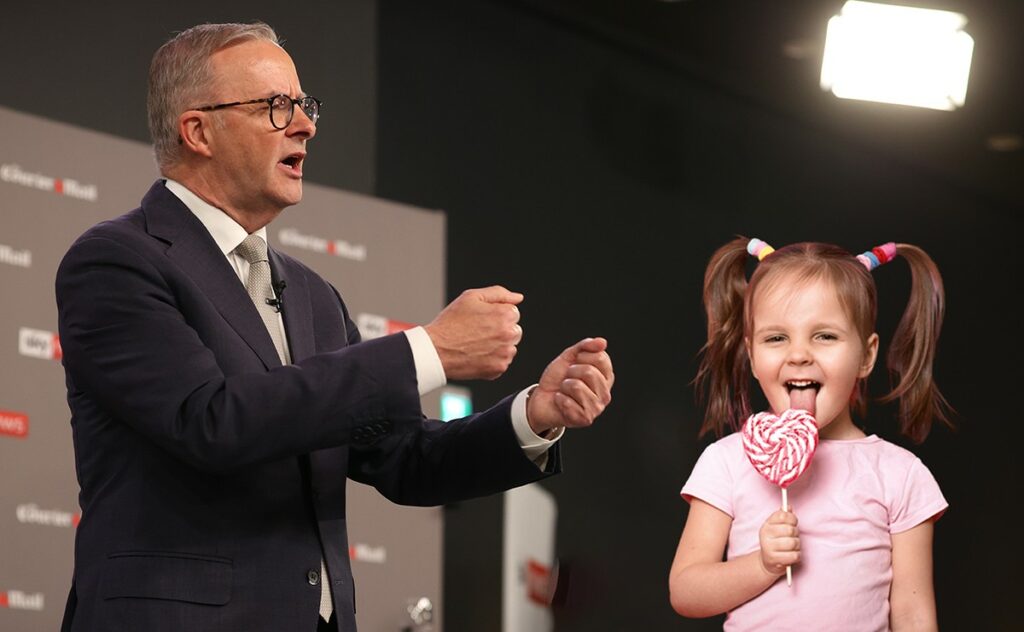 Opposition leader Anthony Albanese has come out swinging today, in order to prove he is just as strong as Scott Morrison. Seen sprinting to the nearest children’s playground, Albanese’s assault on a local netball player comes just hours after the Prime Minister ruthlessly took out a child in under 7s soccer match.

“Labor is running a small target campaign this election” said a senior policy advisor, “you couldn’t find a smaller target than the head of a child.”

Labor said they are just as tough, if not tougher than Morrison on the big issues like asylum seekers, sovereign borders and Devonport Striker’s star under 7s side.

The AFP have been put on red alert to ensure they protect the candidates from themselves.