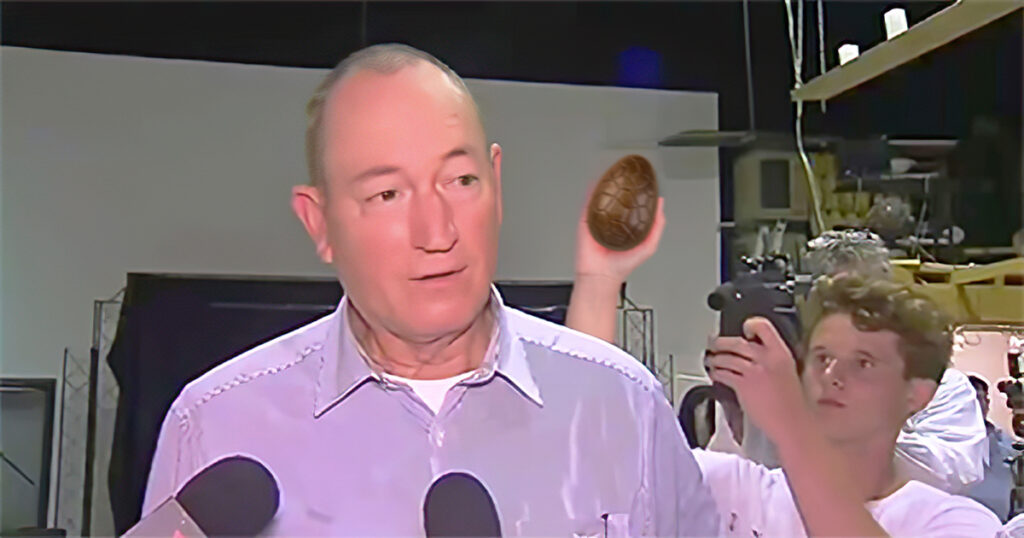 National hero and part time Nazi egger “Eggboy” has today celebrated the birth of Jesus Christ by doing gods work and smashing a chocolate egg on the head of a white supremacist.

The incident has met with both praise and condemnation, with many public figures voicing concerned about the use of egging as a response to racists, stating that it was a waste of good chocolate, and instead we should probably be surplus unwanted confectionary like candy bananas, musk sticks and black jellybeans on Nazis, as it is all they deserve.

Asked what he thought of the matter, senior Catholic, Father John Diddler, said that he had mixed feelings. “Look, on the one hand this in no way reflects how Jesus would have wanted to celebrate Easter.” said Father Diddler. “But then lets be honest, a bunch of people eating chocolate eggs in some mock pagan fertility festival isn’t any better or worse. In fact, I’d say egging a Nazi is much more in line with what Jesus would have done, the dude once caused a riot in a bank for Christ’s sake, the guy wasn’t above throwing a punch or two.”

“Frankly we’re glad he took the news’s focus off of the Church this easter,” continued Father Diddler. “With one of our most senior figures sitting in jail and people trying to expose how many billions of dollars we squirreled away while refusing to upkeep one of our most famous Churches until it caught on fire, frankly the less attention we pay to the Church this easter the better.”