loading...
General News
“Fraudulent bankers should be jailed, or made leader of Liberal party” says Morrison
1st of your 1,000,000 free articles this month 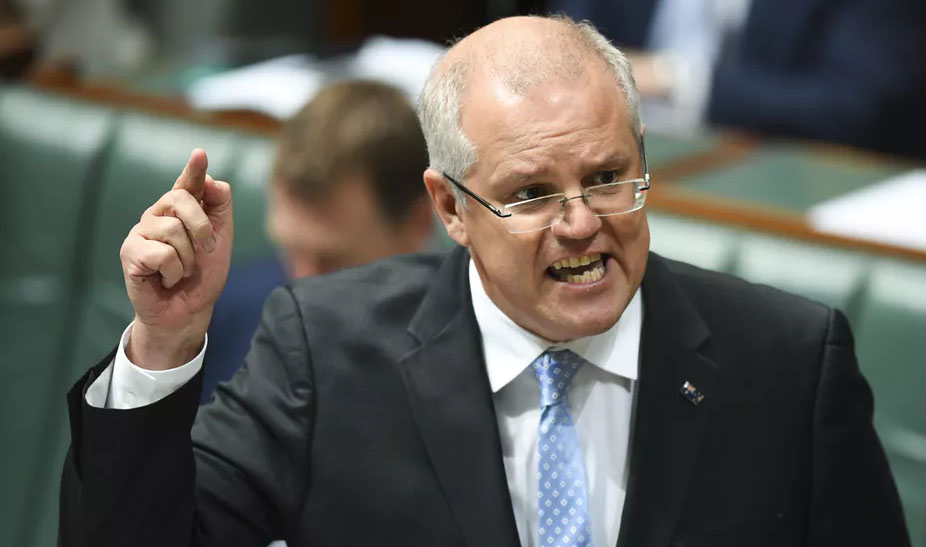 Liberal Treasurer Scott Morrison has today launched a stunning tirade against the Australian banking sector, following revelations at the Royal Commission into banking that sector had failed in their duties to the public. Stating that the actions of the big banks were “akin to robbery”, Morrison said that these greedy criminal bankers should be dealt with the only way the Liberal Party knows how – by making them Prime Minister of the country.

“It’s always been my policy that banks and bankers should be held accountable to the law,” said Morrison this evening, “Even when I was opposing the Royal Commission into banking that was still very much my view. And now that all this has come out about the banks, well let me just say that the Liberal Party will be making dealing with this issue a top priority, right up until it moves out of the news cycle.”

However, former banking royal commission defendant and current Prime Minister Malcolm Turnbull has sought to put the brakes on any hasty moves by his party, fearing that his own job may be on the line if the party is able to find richer and even more corrupt former bankers than himself.

“I think we as a country should all take a deep breath and a step back before doing something we all regret, like holding our wealthy to account for their actions,” announced Turnbull, before lighting up a cigar with a wad of $100 notes. “Personally I think the correct response right now is to do nothing, and if everybody is still outraged in six to eight months, I propose we deal with the bankers in a frank and concise manner, by putting their future to some kind of plebiscite. That should sort things out.”

Meanwhile former Deputy Prime Minister Barnaby Joyce has apologised publicly for opposing the Banking Royal Commission, stating that it was a massive failing on his part. “As someone whose sole job was regulation and overseeing the country’s wellbeing, I figured it was my duty to simply assume that everything going on in our financial sector was above board, even when all those news reports were saying otherwise,” said Barnaby at a press conference this morning from his new office/toilet cubicle at the back of Parliament House. “But now that even the banks themselves are saying that their staff acted in blatantly illegal ways, well I’m beginning to suspect that something not-quite-right may be going on in the banking sector. It’s just a hunch though at this point.”

However, opposition leader Bill Shorten has distanced himself from the findings of the Commission, stating that it was no way his intention that it would actually start producing results. “I didn’t think the Libs would actually call my bluff and start the investigation!” said a panicked Shorten this afternoon. “They were supposed to oppose it and end up looking like a bunch of out-of-touch suits! Now they’re basking in all the glory of sticking the boot into the banks, while I’m going to have to deal with the real fallout of the housing crash that these lending restrictions are going to cause. I mean, I guess I could try and lose the next election so I won’t have to deal with it, but Turnbull’s already well ahead of me on that front, I’ve got a lot of work to do if we’re going to out perform that mob on a fuckup-per hour basis.”

The heads of the big four banks were unavailable for comment on this piece at the time of publication, as they were busy running away with the handbag of an old lady they had seen standing at a bus stop this afternoon.