General News
Lazy sniffer dog just sits down next to any festival-goer with dreads
July 5, 2018 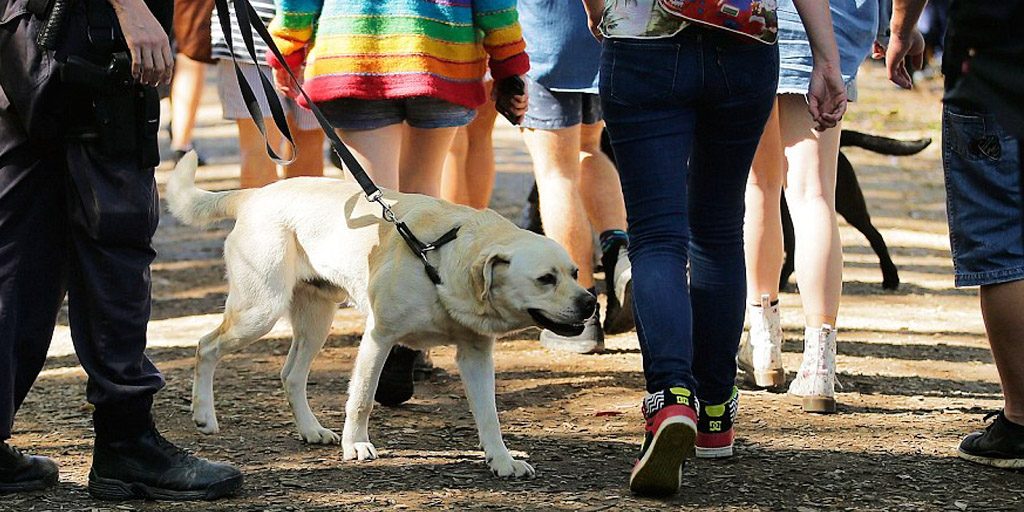 Veteran police sniffer dog and part time good-boy “Constable” Rex Barker has today revealed in an explosive interview with Sunday Night that he no longer even tries to detect the faint smell of drugs on festival goers, and rather, he just sits next to any person sporting dreads or a Tie-dye t-shirt.

The 10 year old Labrador’s explosive claims come on the back of revelations that it is “simply too hard” to detect the smell of drugs at a modern festival given that “the overpowering smell of weed has permeated literally every surface, including the clothing of every single man, woman, and child within a five kilometre radius.”

“The fact is, I get about the same percentage of correct readings as when I actually try to smell out some drugs,” says Barker of his controversial method of targeting anyone who vaguely looks like they have a poster of Bob Marley on their bedroom wall. “Roughly 5% correct, which is actually pretty impressive given how high I normally am after sniffing so many stoners.”

“I stopped giving a shit about 3 years ago at Splendour in The Grass,” explained Barker. “Every time I picked up a whiff of something on a potential entrant they ended up being the same scraggly, white guys wearing a weed t-shirt, and walking around with their hands in their pockets. I eventually figured it’d be easier to just cut out the middleman.”

The revelations from one of the police forces’ most senior drug detection dogs has led to renewed calls to reduce the use of sniffer dogs outside music festivals, with one regular festival goer, Kevin Burrows, angrily responding, “Just because I never wash my hair, have a ratty half-beard, and am constantly wearing hoodies even in 40 degree heat, that does NOT mean that I do drugs or deal drugs, to suggest such a thing is pure discrimination! It’s going to take a lot of weed to calm me down tonight.”

Mr Burrows then walked off, not before dropping his bag where numerous small baggies of white powder fell out across the pavement.