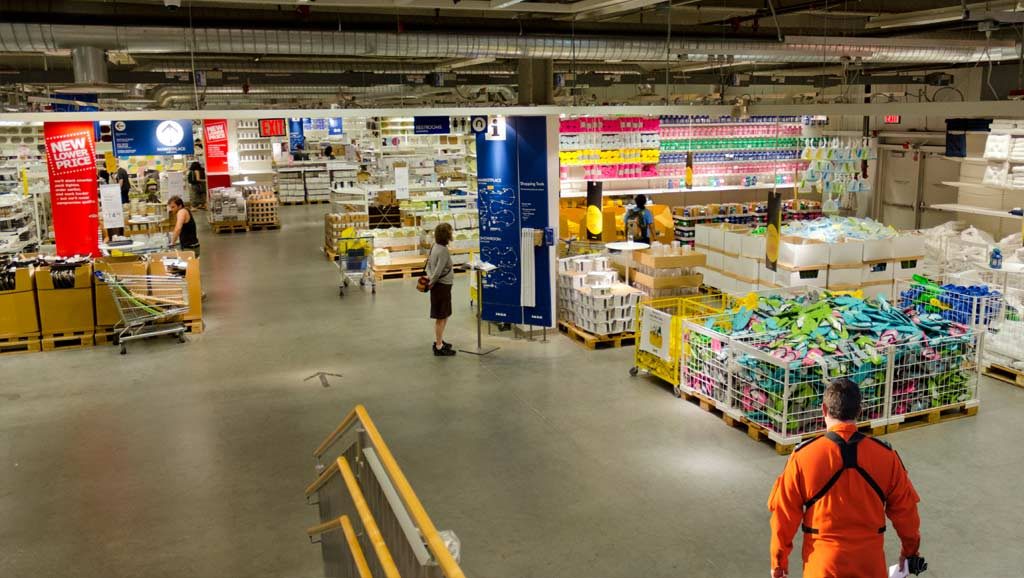 Police Rescue, the State Emergency Service and the Westpac rescue helicopter have responded to calls to help search for an unnamed 32-year-old man, who was last seen inspecting a Pax Uggdal wardrobe combination in Ikea. The rescuers have looked underneath all the display beds and on the highest shelves of the warehouse, and even drained the ball room. But still no trace of the man can be found.

Staff at the furniture megastore reported the incident to police when the man did not respond to a repeated PA announcement that Klubbo coffee tables were on sale for only $69.

“He was looking for an Ikea staff member to ask if the wardrobe came in a colour other than birch effect or grey,” said the lost man’s distraught wife. “I never should have let him go. As if there’d be a third choice.”

The man is recently married, and was on his first trip to Ikea to purchase furnishings for the couple’s new apartment. “I think he just freaked out at the thought of all that self-assembly,” his wife said. “It makes me sad thinking of him somewhere out in the store by himself. My poor husband doesn’t even know which end of an allen key to use.”

A paramedic on the scene expressed concerns that if the man sat on an Ikea couch for more than a few minutes, he could suffer a serious spinal injury. And police fear for the man’s safety if forced to spend a second night in the store. “Exposure to the cold isn’t the problem, because there’s lots of bedding around,” one officer said. “But he must be hungry by now, and if he finds the food in the cafe, it could kill him.”

As more rescuers were called in, one State Emergency Service volunteer said he was proud to be participating in the search. “We are always ready to help those in harm’s way,” he said. “Plus, my wife told me to get a few more Färgrik Högst bowls for a dinner party we are having this weekend.”