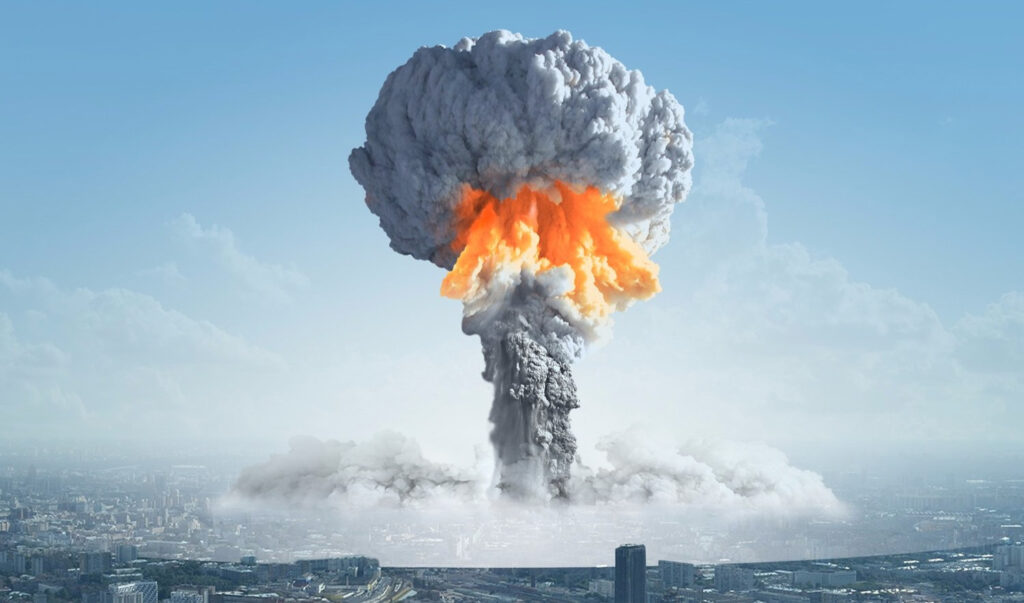 Donald Trump has today responded to North Korean ballistic missile tests that narrowly missed Japan, with a show of strategic force that saw the United States launch it’s own rival nuclear attack against Japan, completely obliterating the island nation from the map. Stating that the United States would not be intimidated North Korean posturing, representatives for the White House say the latest show of force demonstrate just how far the Trump administration is willing to go to prove the US’s superiority over their communist foe.

Taking to the White House podium shortly after the attack, President Trump explained his actions green-lighting the escalation in rhetoric was necessary, stating it was the only real choice he could have made such a situation. “This decisive military act was our best way to show the North Koreans that we mean business, and unlike them, we’re not here to play games. Today’s demonstration has once again reinforced that the US is miles ahead of the DPRK in weaponry and marksmanship. They couldn’t even hit Japan when they’re right next door, but we did it easily, and what’s more we’ve got a proven track record of accuracy in that region.”

North Korean military officials were reportedly shaken by the callous use of force, some worrying that the American President “is even more fucked up than the guy we work for.” While it is hard to gain insight into the inner workings of the North Korean leadership, officials in the area are reporting that leader Kim Jong Un is drafting plans to launch nuclear missiles on a neighbouring country in the North American region in retaliation, with some reports suggest Canada may be the target, however it is questionable how much Americans would care.

However disturbing reports coming from within the White House war room suggest that Trump’s nuclear strike comes down to reasons on his more theatrical side. Reports suggest Trump described North Koreas strikes on Japan as “unoriginal.”

“What are they going to do next, napalm Vietnam? Destabilise Iraq? Start a neverending war in Afghanistan? Pfft. How reductive.”