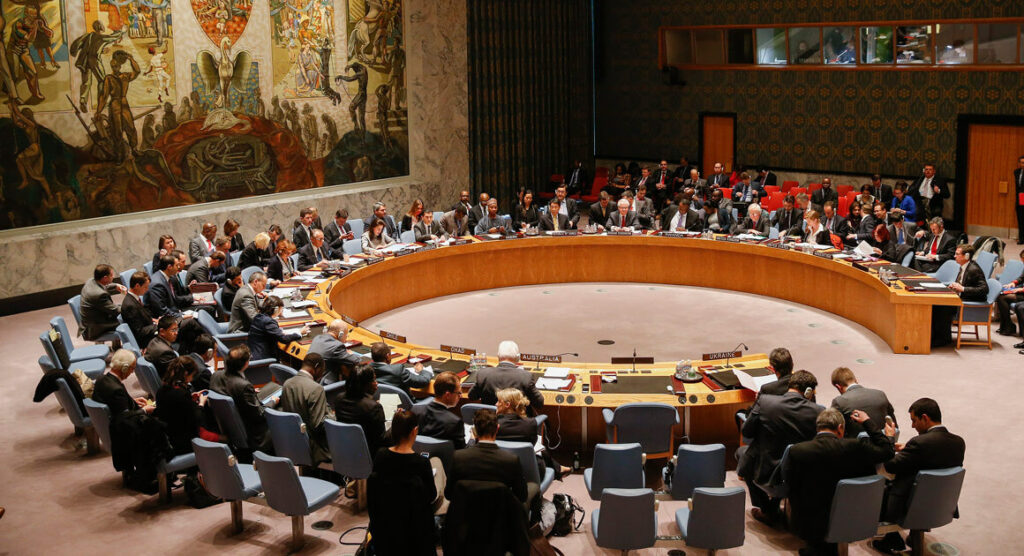 The UN Security Council has admitted it is in clear breach of its own 2007 New Year’s Resolution. SC Resolution #1738, which stated council members would “Join the gym – and this time really stick with it” was struck in a mood of optimism at the first meeting of the year. However, it waned through March and April, and has now “floundered completely”, as a spokesman put it.

However, it waned through March and April, and has now “floundered completely” as a spokesman put it. The council is also in breach of several prior resolutions including 1729 (“The council resolves…that we really need to get in shape”), and sanctions could now follow.

“This issue has proven more difficult to enforce than we anticipated,” said an aide to the current UNSC President. “Striking a compromise between sovereignty and the will of the diplomatic community is always fraught, and it turns out that after work, we’re usually pretty tired and just want to put our feet up.” The aide also stated that the group’s previous New Year’s resolution, “That the council quit smoking”, could also be a contributing factor. “It’s hard to do everything at once,” he said. “Baby steps, you know?”

While no-one is taking the blame for the fiasco, fingers are being pointed at individual member states. The UK had acted to water down the original wording of the resolution, arguing that it should instead read “maybe we should start doing some Pilates”. France is also under scrutiny for adding a sub-section suggesting delegates could still “have the occasional piece of gateau, just as a treat.”

China almost derailed the process single-handedly by abstaining abstained from the resolution all together. “We question the wisdom of a binding resolution of this kind,” said the Chinese representative. “It’s not even our New Year.”

Delegates say they hope to cobble together a new resolution in time to ensure the Council is looking good for summer.