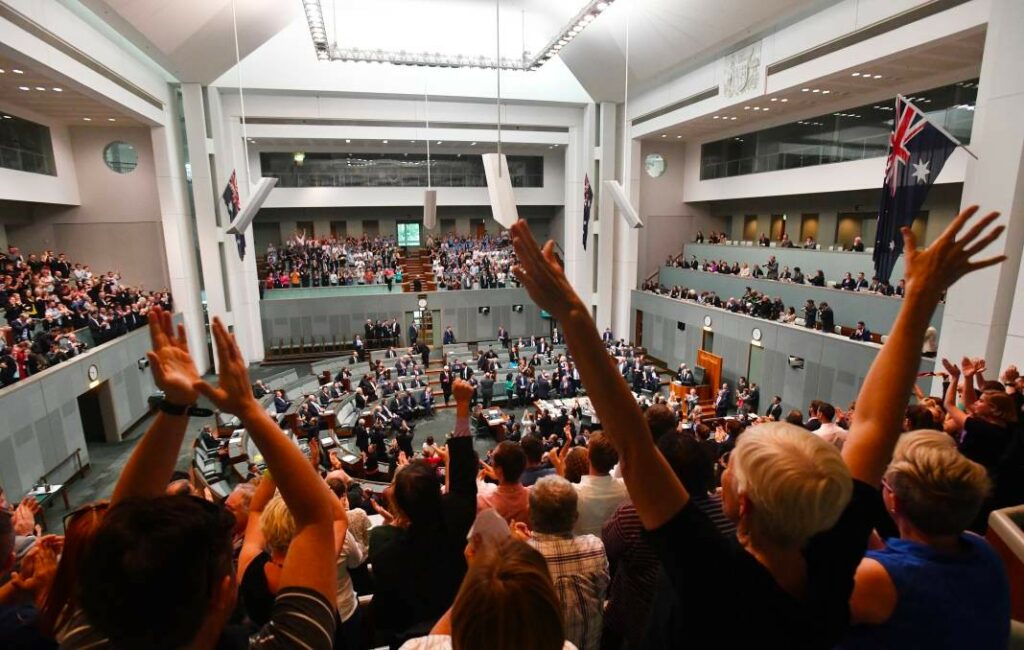 Crowds have descended on Parliament in celebration tonight, after witnessing Scott Morrison bungle his 1000th national disaster since coming to power.

“I didn’t think he could do it, it was right down to the line!” exclaimed one onlooker. “And then right there in the final minutes of his last parliament, he went and pledged to send coal to the Ukrainian President. The man is a disaster master!”

The stuff up is just the latest in a record breaking string for the Prime Minister, whose performance has been described as “superhuman” by his empathy consultant. “The man is a machine,” exclaimed the empathy coach. “Take for example the time he managed to turn a protest for women’s rights into a debate about gun rights. What a pivot. I’ve never seen someone so good at tripping over his own feet.”

Asked how he will be celebrating the milestone, representatives said that unfortunately there is no time for festivities. “As you may have noticed there is severe flooding and an economic crisis happening right now,” explained Morrison’s secretary. “So Mr Morrison has implemented emergency plans to fly straight to Hawaii.”

Help fund stories like these by grabbing yourself some ‘Fuck Murdoch’ stickers for just $2 over at www.TheShot.store