loading...
National
Entire Catholic school staff sacked after turning up in clothes made of two different fabrics
1st of your 1,000,000 free articles this month 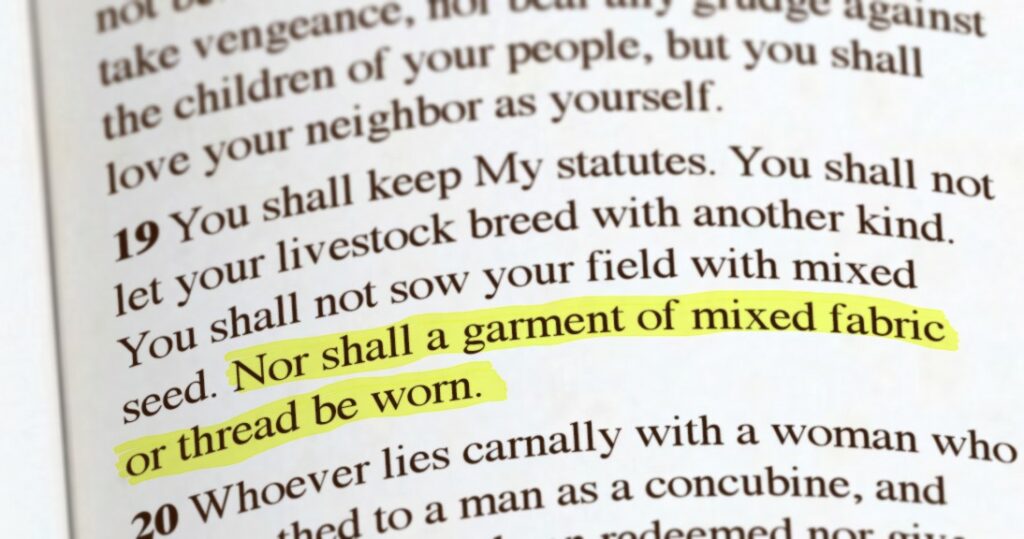 Here at The Chaser we have decided to embrace the Religious Discrimination bill. Scott Morrison argues that the bill isn’t just a thinly-veiled attempt to decriminalise homophobia. And we take him at his word.

He says that far from just being a way to discriminate against gays and lesbians, the bill is about protecting the ability for people to run organisations based on anything that they can dig out of the bible.

So we’ve decided to read the wind, and get on board this exciting idea. In particular, we’re going to run The Chaser according to our deeply held belief in the truth of the gospel of Leviticus.

First off Leviticus 19:28 states, “You shall not make any cuttings in your flesh for the dead, nor tattoo any marks on you…”. Unfortunately, everyone under 30 has tattoos nowadays, so unfortunately pretty much all the young team members have had to be sacked. Not a huge loss, frankly.

And just a little bit later in chapter 21, Leviticus points out: “You shall not make any baldness on your head, nor shave off the edges of your beard.” Unfortunately, all the old Chaser team members are either bald, balding or clean shaven. All of which is completely against God’s word. We have therefore legally sacked all the old Chaser guys. Again, no huge loss.

As you probably know already, Leviticus is very clear in chapter 19 about mixed fabric garments. “You shall not… wear a garment of cloth made of two kinds of material.” Unfortunately, the only person left (besides myself) was Gabbi, and she keeps wearing clothes with a poly/cotton mix. This is completely unacceptable, and frankly, I’m incredibly glad that my right to summarily sack her is now going to be enshrined in legislation.

(I mean, it’s a pity because according to Leviticus chapter 27, a woman is worth three-fifths as much as a man, so we were planning on cutting her wage accordingly. That too would be legally protected under the new bill).

On the bright side, lying is now no longer permitted at this satire organisation as the Bible forbids lies. This will pose an interesting challenge writing satire but I’m sure the people who drafted the Religious Discrimination Bill have thought that through.

As we and many other companies around the country add in these new measures to embrace this new law, we are excited to see how many politicians can meet these same standards since the bill definitely isn’t just about oppressing the LGBTQ community.