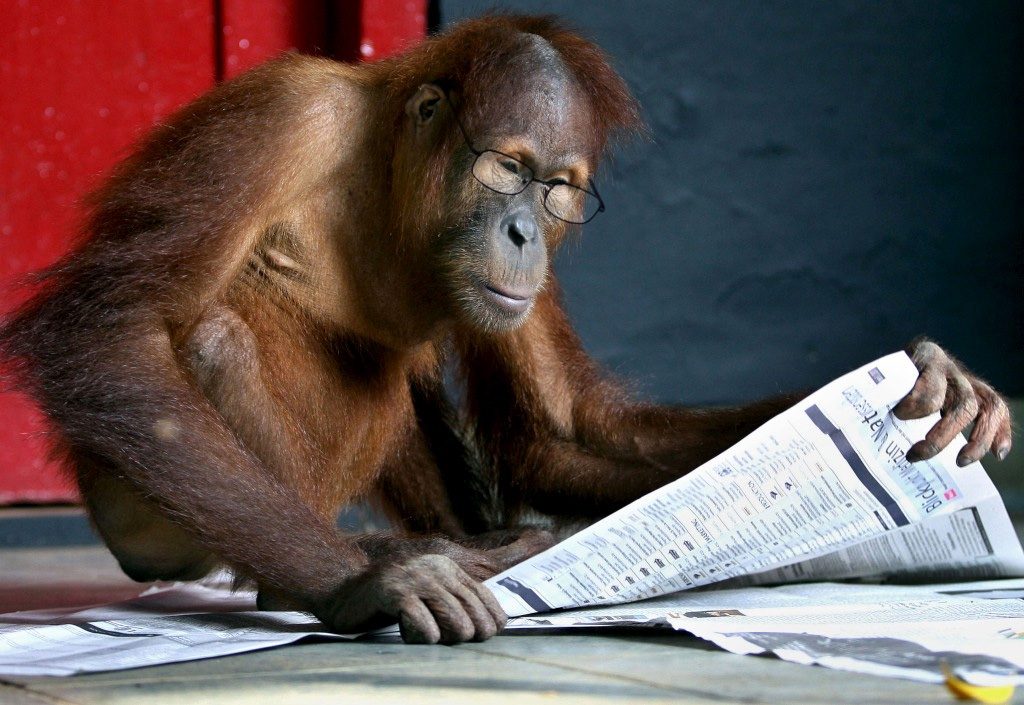 Two orangutans escaped Perth zoo today, going on a rampage throughout the city’s streets and causing hundreds of dollar worth of damage, while temporarily bringing the city’s literacy rates into the double digits.

Taught how to read basic sentences by handlers at Perth Zoo, the orangutans found fame with locals who were impressed with the creatures’ ability to read at a second grade level, though in recent years the chimps have spent a majority of their time touring local schools with handlers, in an attempt to improve the state’s NAPLAN scores.

The crisis was however averted according to local police, after the Chimps tired of traveling between the two shopping malls that make up Perth’s entire cultural scene, eventually opting to return to flinging faeces at each other in their enclosure to get back to a “bit more class and refinement.”

Upon returning home to the zoo Lionel, the alpha male of the two orangutans signed, “I always dreamed of escaping, but I never realised that this cage wasn’t to keep us in. It was to protect us from everything out there. Rats tails. Bundie and Cokes. Freemantle. They’re animals out there.”