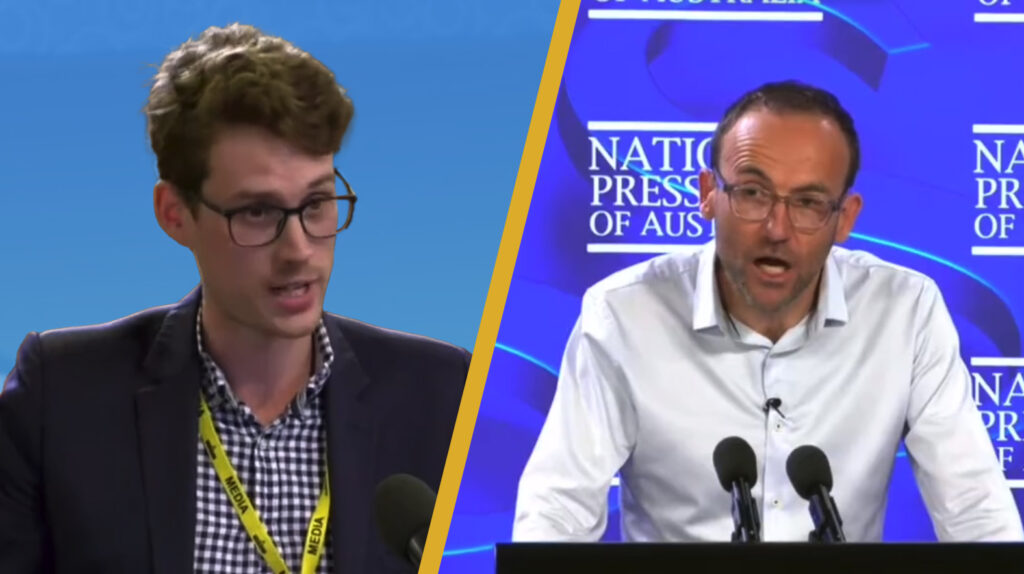 Greens leader Adam Bandt has today put his socialist beliefs into practice after publicly owning a the news media on behalf of the nation.

Asked if he could provide an incredibly specific statistic off the top of his head, journalists were surprised to be told to “just google it” in what is being described be News Corp as a move that will surely cost Bandt the crucial “maths teachers who insist you won’t have a calculator in your pocket when you grow up” demographic.

“Wow, what a speech, it almost makes me want to vote for him,” exclaimed one member of the public. “However I simply cannot stand by his party’s ‘stop the planet being burned to the ground within my lifetime‘ platform. What a bunch of loonies.”

Asked whether they agreed with Bandt’s suggestion that elections should be about political vision and not incredibly specific numbers, members of the Labor party said something but nobody is quite sure what because the press didn’t think it was newsworthy.