loading...
National
Greg Hunt suspects he might have fucked up after even Sunrise rips him a new one
1st of your 1,000,000 free articles this month 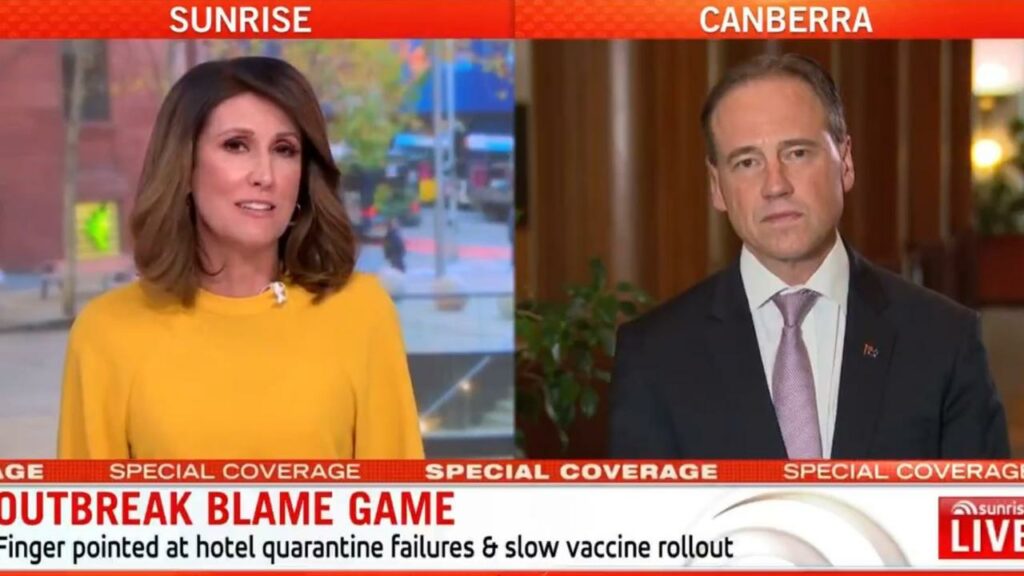 Health Minister Greg Hunt has gone into hiding today after realising he may have fucked up a bit too much when his attempts to rollout lies in an interview with Natalie Barr went as well as his attempt to rollout a covid jab. During the interview Hunt became the recipient of fact based rebuttal and scrutiny from a Sunrise host, an event that usually happens at most once or twice a year when someone has fucked up so badly that even Sunrise viewers won’t buy it.

“Tell us the truth,” demanded Barr taking advantage of Kochie having the day off meaning he won’t talk over her, “experts have proven your government’s constant messaging telling about their being no rush has contributed to hesitancy from people saying there was no rush. Don’t sit there and say you guys didn’t say that, we have video evidence of the PM saying that. I bet you weren’t ready for us to do journalism for once were you?”

After the interview Greg Hunt has called an emergency meeting about actually giving the rollout a go this time. Losing Sunrise viewers is a major red flag for Liberal MPs as it indicates they aren’t even clearing a bar that Pauline Hanson can usually clear.

Producers for Sunrise have put out a statement saying that they will treat Hunt’s attempt to use their platform to spread dangerous misinformation for his own political benefit the same way they deal with everyone else who has been called out by the show in the past, by inviting him back on whenever he wants and saying they will take it easier on him next time.