loading...
National
Liberal Party scrap Pfizer deal after learning it was Rudd
1st of your 1,000,000 free articles this month 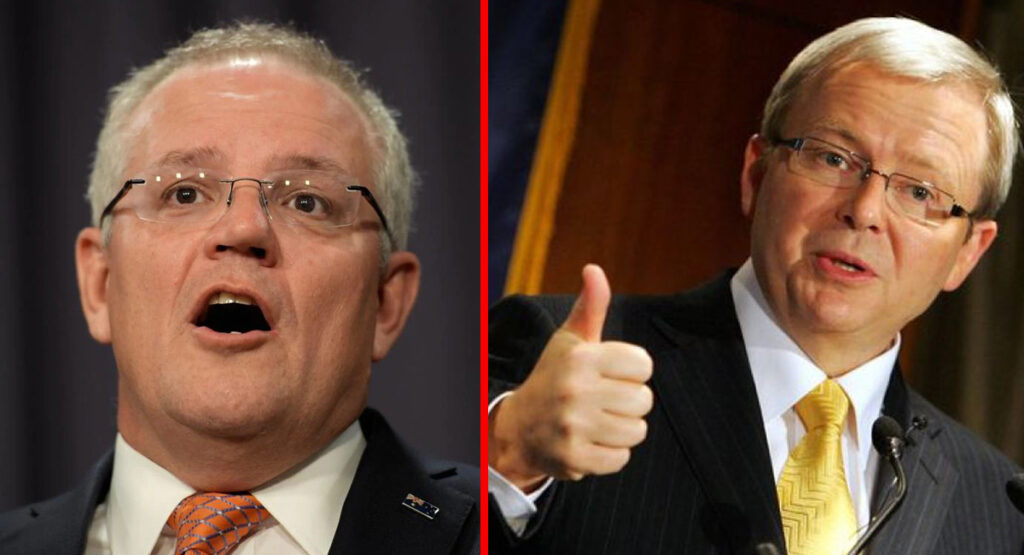 Prime Minister Scott Morrison has come out of hiding, telling Australia that the government will be withdrawing from its new deal with Pfizer which will see more doses brought forward. This change comes after the revelation that the deal was struck following a chat between former PM Kevin Rudd and the CEO of Pfizer and wasn’t just Morrison miraculously striking a deal during his holiday away from avoiding work.

The deal which has been dubbed as both ‘minor’ and ‘game changingly big’ depending on whether they support whichever party is taking credit at the time, will see the absolute failure that is Australia’s rollout happening slightly faster.

This has lead to confusion as both Labor and Liberal declaring they have ‘fixed’ the rollout by using their skills sucking up to big business and billionaires, and called for the otherside to ‘stop playing partisan politics’. However the Liberal party have conceded that Rudd was the best at folding in the face of large corporate interests and in response will be cancelling all deals with Pfizer.

“Australia will be restarting phase 1,” said the PM pretending that phase 1 ever started, “it’s a matter of importance. We should not be made to embarrass ourselves by grovelling to rich people. We should be showing our undying support for coal barons and Murdoch, and being taken seriously as a country without Pfizer.”

“Clearly if Rudd was involved we should be reconsidering our options. I guess at least it wasn’t Gillard, if she was involved we would be giving up on fighting Coronavirus all together.”