loading...
National
Morrison asks Queen if she’s a lizard
1st of your 1,000,000 free articles this month 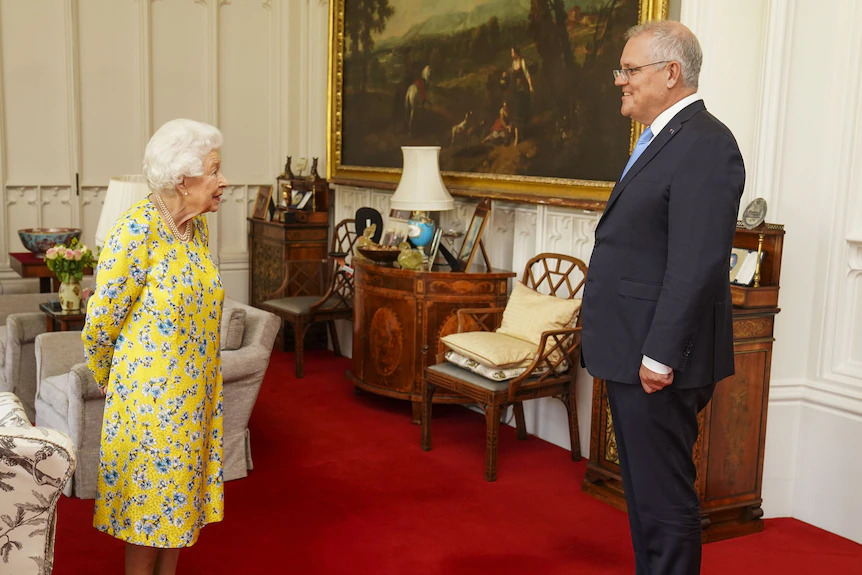 The whole of Australia has been left reeling after Prime Minister Scott Morrison met with the Queen and asked her if she was a lizard. This question after came after the PM had a chat with his best mate who is a high-profile pusher of the QAnon conspiracy theory. Insiders say it made the PM ‘just want to check’.

But Mr Morrison denied that questioning the Queen over whether she is a lizard had anything to do with his mate being a QAnon peddler. “It’s a perfectly normal question to ask a monarch.”

A transcript of the conversation was issued shortly after the meeting:

MORRISON: Good evening, Your Majesty. Just got a quick Question for you? Look all I want to know is are you a lizard?

MORRISON: Well are you a lizard in a human costume? It looks pretty realistic actually, wait is that why they call you Liz?

QUEEN: What no, how absurd! I demand we change the subject at once!

MORRISON: Oh sure, avoiding the subject, alright. Umm… Nice desk you have here, I bet you have been using it a more often ever since Philip passed away right?” [PM winks]

QUEEN: What, I mean well, yes one has been using it but I am not sure what you mean. Oh I get it now, you must be the new court jester, I thought I was meeting with the Australian prime minster. Clearly there has been a misunderstanding.

But experts say the meeting was about as good as you could hope for given the circumstances. “Honestly, it could have gone way worse. Nowadays, we should take what we can get,” said one DFAT insider.