loading...
National
PM announces he has ‘secured’ a coffee from a cafe
1st of your 1,000,000 free articles this month 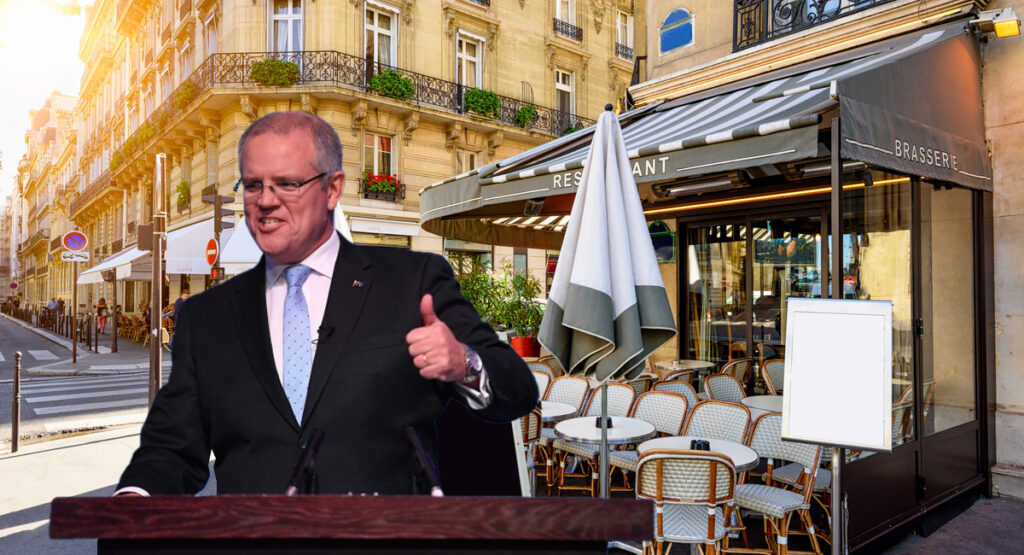 Breaking: At yet another impromptu press conference today Prime Minister Scott Morrison has just announced that he has ‘successfully secured a coffee from a cafe’. This shock announcement came after the PM was receiving pushback by voters who said they ‘needed coffee before they can read any more about this shit’.

“I did it Australia,” claimed the PM just hours after announcing he didn’t know if any coffee would be available this year, “I secured the coffee. No need to worry about my energy now, I definitely have coffee coming and lots of it. That’s right the caffeine rollout will begin shortly, sometime in the near sometime. But I of course will get to have some first as a reward for all the amazing work I have done. Congratulations me!”

“Australia there need to worry about coffee anymore everyone, I have solved the issue. You see first thing I did was I walked up to the cafe window and screamed out “Coffee, Scomo wants coffee now”, then I started speaking to the media about it. I wasted no time whatsoever. I have secured this business transaction, even without exchanging funds or even any sort of contract. I am sure I will get the exact coffee I wanted at just the right amount very soon.”

Update: Government officials have confirmed that there is no official word yet on whether the cafe has actually accepted the order or when the coffee will be ready by, which when put to the PM he claimed “That’s because the cafe has European coffee beans which clearly means it is the fault of the EU that no-one has seen this coffee yet. I would never announce I have ‘secured’ a coffee before finalising a deal.”