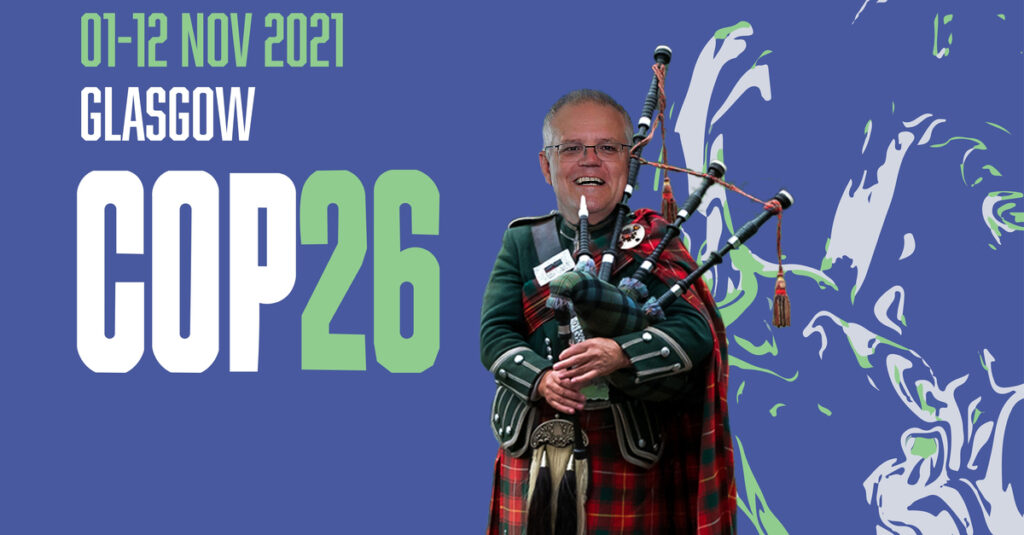 Prime Minister Scott Morrison has officially begun preparations for the upcoming COP26 climate summit in Glasgow, assuring that the Australian Government will be properly represented as a world-leading complete embarrassment.

Mr Morrison told reporters he is excited to show the world Australia’s climate policy just as soon as Barnaby Joyce makes one up for him.

“You can’t just wing these sorts of meetings,” Morrison told reporters, “this is a very serious opportunity to show the world Australia’s commitment to climate change. I’ve already updated my ‘don’t be afraid of coal’ speech. I think it’ll go over really well.”

“The people I will be talking to are in charge of some of the biggest economies in the world, many are our allies. While a lot of them are angry at us right now, but whoever’s fault that may be, I am sure I can smooth things over. I’m sure they’ll understand it when I tell them that the real people to blame are Twitter users and inner-city latte-sipping elites who want to cry about climate change.”