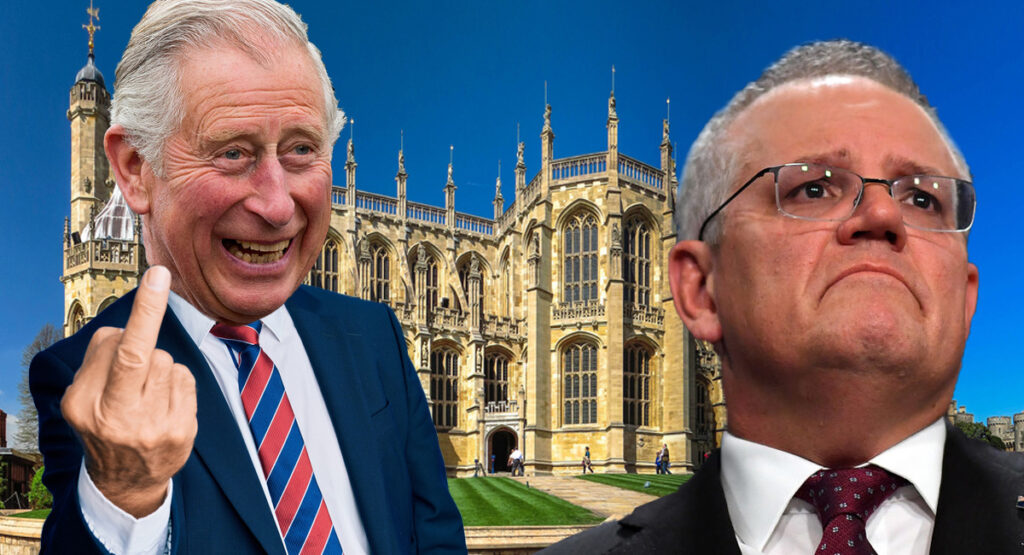 Prime Minister Scott Morrison has come under fire from Prince Charles for not attending the COP26 climate summit in Glasgow, leading to an marked increase in support for the Royal family.

The 72 year old who still lives in his mum’s house told reporters that he thinks Morrison should be coming to the event and mocked Morrison for trying to blame the 14 day quarantine requirement for why he isn’t going to try fight the impending climate apocalypse. The interaction has caused confusion around Australia as many people have begun feeling ‘support’ for the prince of an empire built on slaughter.

“Wow even the Royals think Scotty is a fuckwit,” said Josh who previously would never shut up about how much he thinks we should become a republic, “who knew you could out-smug the royals?”

“You know what? Maybe we shouldn’t leave the Commonwealth. If we leave now, Morrison would be the head of state. Scott Morrison would be number one, he would be like in charge. He is one of the only people who would be a worse choice than Prince Charles and almost every other person on that list is in the Federal LNP.”

“I mean that would be like if Rupert Murdoch basically ran this country… wait no. I heard it as I said it… “