National
Turnbull and Shorten to settle differences in Maccas carpark
1st of your 1,000,000 free articles this month 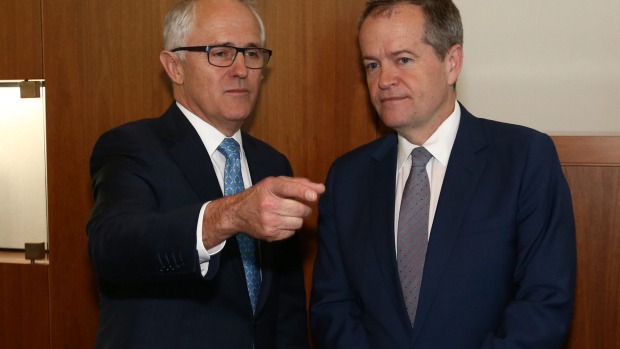 Opposition leader Bill Shorten has challenged Malcolm Turnbull to a “meeting” outside a McDonald’s carpark in hopes the two men will settle their differences “once and for all”.

In response to the Prime Minister’s comments yesterday in Parliament, Shorten has suggested a rendez-vous outside the popular carpark for what he describes as “not necessarily a fight to the death, but certainly something very cathartic.”

Shorten challenged the Turnbull shortly after the Prime Minister verbally destroyed him in Parliament yesterday. Turnbull called Mr Shorten a “social-climbing” sycophant to Melbourne’s billionaires and suggested that Shorten was “adopted because his real parents never loved him”.

The Prime Minister has defended his comments saying “Shorten started it. He did. He keyed my car last week and I’m pretty sure he funded the sinkhole outside my very nice house.”

Sources close to Shorten has told the media that Bill has been training for the carpark meeting for quite a few days now. “We hear him practicing insults in front of the mirror.” Tanya Plibersek told The Chaser.

“He also made some knuckle dusters out of San Pellegrino lids, so Turnbull should feel pretty vulnerable right now.”

It is still uncertain whether Turnbull will take up the offer to “meet” Shorten behind the dumpster at the Maccas carpark.