loading...
National
Voter who spent most of this year furious at botched vaccine rollout changes mind after journo posts pics of Morrison getting a haircut
1st of your 1,000,000 free articles this month 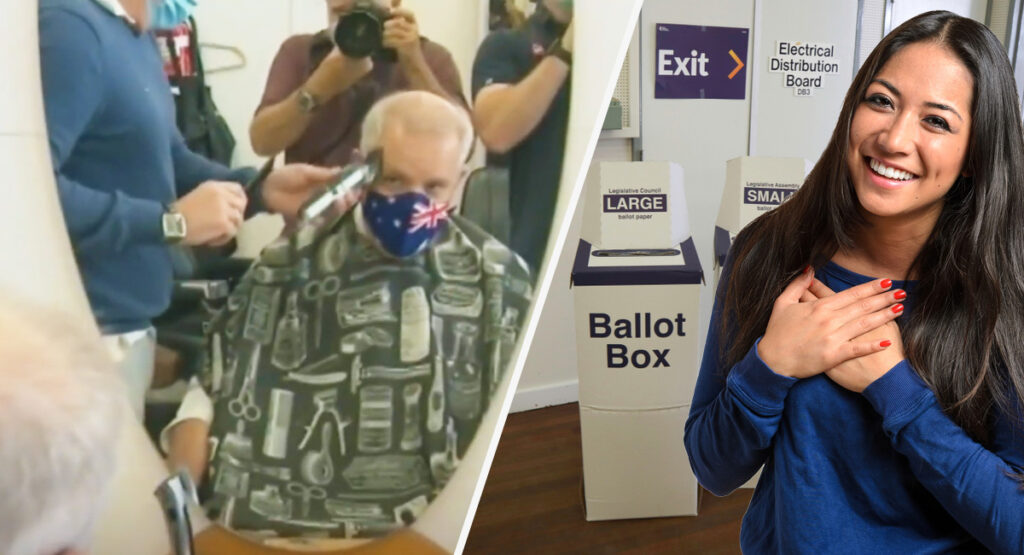 Voters around the country have forgiven Prime Minister Scott Morrison for the last year of a botched vaccine rollout, multiple rorts of taxpayer money, climate inaction, lying to world leaders, failing act regarding his party’s cover up of the alleged rape of Brittany Higgins, lying about not acting on the Higgins cover-up, failing to condone Qanon and just being an all round annoying cunt. This forgiveness has come after hard-hitting journalists posted pictures of the man getting a hair cut in Melbourne.

“Maybe I was wrong about Morrison,” said Melbourne Nurse James, “I didn’t realise he received haircuts! This changes everything, how can I not vote for him now? Covid shmovid, I now know what his hair looks like in the same style it always is just slightly shorter.”

“I can’t believe I considered voting for anyone else,” said Aged Care worker Grace who finally got access to a vaccine last month, “this haircut shows me the kind of man he truly is. What a hero. Name another politician who has ever had their hair cut. He might not hold a hose, but he holds a key to my heart! I am disgusted to think that yesterday I thought he was just what happens when an incel becomes middle-aged.”

In response to photos, this year’s Walkley awards have been cancelled with organisers saying, “what’s the point in holding a whole ceremony when clearly these few journalists are the only ones fighting truth to power in this country.”