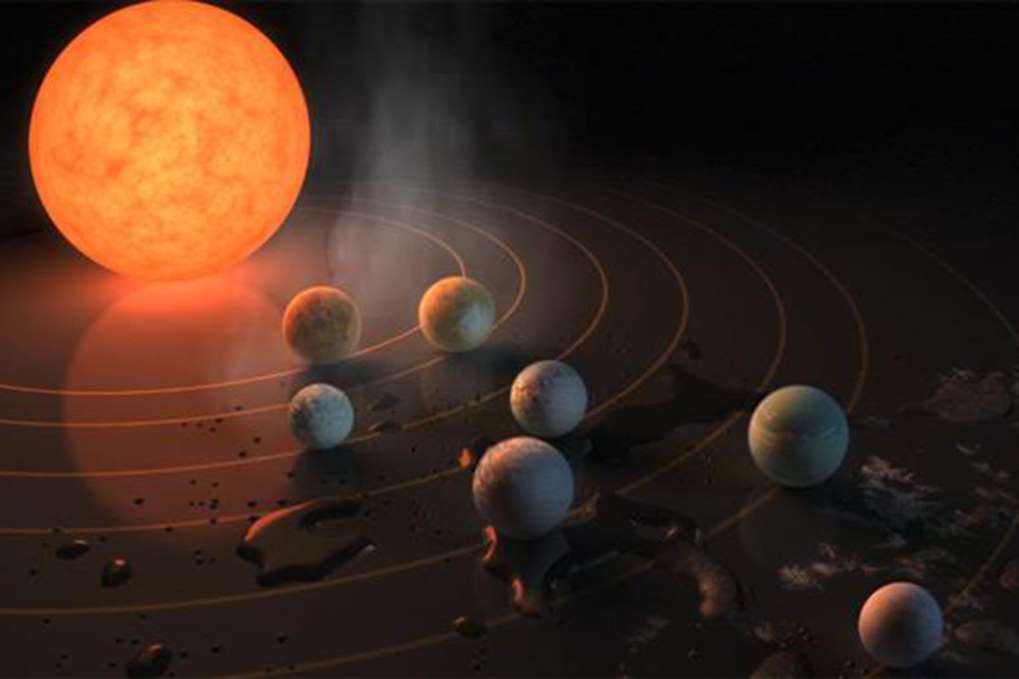 EXCITEMENT following NASA’s discovery of seven ‘earth-sized planets’ circling the dwarf star Trappist 1 has been quelled by the further discovery of a massive sign reading ‘fuck off, we’re full’ in a host of intergalactic languages including English and Mandarin.

“While we’re excited at the discovery of not just inhabitable planets but also extra-terrestrial life, we’re shocked and appalled at this blatant display of xenophobia and discrimination,” said an Australian Space Research Institute (ASRI) spokesperson.

“Sure, we might use star formations like the southern cross as our own symbols of intolerant nationalism, but for such prejudice to actually exist out in the cosmos and apply to all of us – not just muslims – offends my sensibilities as a scientist.”

“I’m sure we’d have no problem letting aliens stay here on earth, provided they had the right documentation and after a short period of mandatory detention.”

“That being said, it’s quite admirable to see an entire planet united behind the same message. Maybe one day, 39 light years from now, when we make contact with alien life our whole planet will finally be able to come together, united by fear and hatred and a common desire to tell them to fuck off back to where they came from.”

“There’s hope for humanity yet, even if it lies in intergalactic racism.”