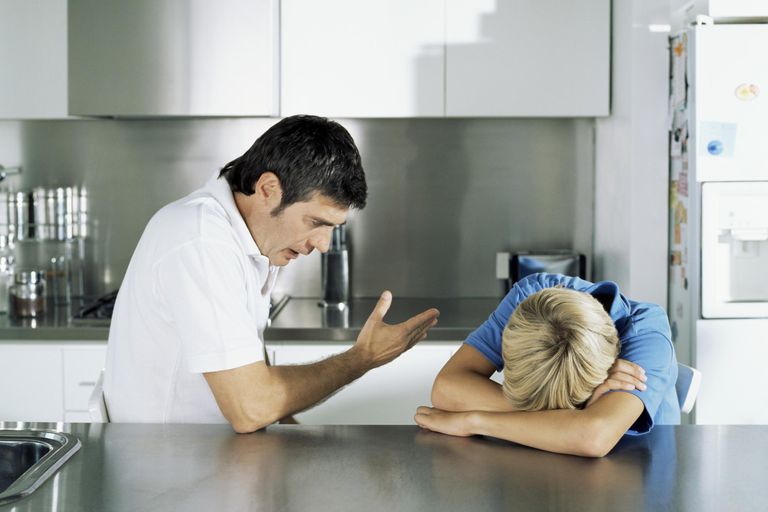 The quest to strike a better balance between work life and home life is causing increased stress within Australian families according to a new report released by the Productivity Commission yesterday. The report confirms the long held suspicion that employees who reduce their workload to spend more time with their spouse and children just end up annoying their families even more.

The report is based on interviews with families of middle and senior managers who have opted for part-time work and other more flexible arrangements in order to allow more time for their personal lives. It suggests that while a better “work/life balance” can lead to happier workplaces as managers become less stressed, any improvements in workplace culture are off set by the amount of stress and frustration the managers cause in the home.

The statistical analysis in the report shows that 72% of middle-ranking and senior managers in Australia have at least one personality trait which is essential to their job but which makes them highly objectionable as people. Of these, an astounding 34% fell into the “complete prick” category, with a further 18% in the “prick most of the time” class. When this data is combined with average marriage and parenting rates, the figures suggest that more than one in five Australian adults whose combined household income is over $170,000pa are partnered to extremely unpleasant people.

“The conclusion we’ve reached about these people from a family perspective” says report author Helen Miles, “is that their families are much better off when the objectionable person is works very, very hard and stays back at the office as long as possible. This allows the person’s partner and children to derive maximum benefit from their circumstances in terms of consumer spending etc while minimising unpleasant social contact in the home”.

“Since part time arrangements, working from home and the like became more socially acceptable, greater numbers of highly-driven, ambitious employees – that is, the most annoying people at work – are opting to spend more time with their families. And families are suffering because of it”.

An example cited in the report is Tracy, 38, whose husband Tony decided to work 3 days a week last year after a decade of working 80-hour weeks and constant business trips. “Quite frankly, I preferred the extra money and freedom I had when Tony was a workaholic”, she is quoted as saying. “Tony established a reputation as a tough business man who wasn’t afraid of making hard decisions, and that’s why he got ahead. And he was well rewarded for his efforts, which meant we could afford lots of nice things. Because he was always at work, I got to enjoy those things by myself. It’s true he’d always come home exhausted and in a bad mood, but me and kids would just go to bed. The kids loved it – he just gave them extra pocket money instead of quality time.”.

“But it’s terrible now. I don’t know whether it’s hormonal or whether it’s because of some stupid podcast, but Tony decided he’d had enough of the ‘rat race’ and that he was going to spend more time with us. It’s a nice thought I guess. The problem is that Tony’s actually a complete asshole – that’s why he’s good at his job, but doing his job less hasn’t made him less of an asshole. We just cop it more”.

Tracy told reporters yesterday off the record that her husband’s part time work arrangement had made her extra-marital affair “substantially more difficult to manage”.

The phenomenon applies to female workers as well as males. While some commentators have suggested that the children of working women experience neglect, the report dismisses this theory. “We actually found that the children of ‘corporate mothers’ who have had to work longer hours to advance their careers actually have a much better time than other kids. In most cases, the kids are far happier with a nanny than they would be with their mothers”.

One 13 year old quoted in the report agreed with the conclusion. “Nannying is not just baby shaking and affairs with your dad you know. Basically we’ve got the choice of being looked after by Mum, who’s got all these stupid rules about how much TV you can watch and stuff, or some Scandinavian backpacker who’s out here to have a good time. We’re more than happy for Mum’s career to come first.”

The report concludes that the increasing problem of hard workers pursuing a “work/life balance” can only be addressed by a pervasive change in workplace culture. “The corporate world needs to stop deluding itself by thinking that workers shouldn’t sacrifice their personal lives for their work. People who succeed in business should be kept in business where they’re less likely to cause problems for innocent people they may care about. It’s a large price to pay, but the evidence suggests it’s better than the alternatives.”