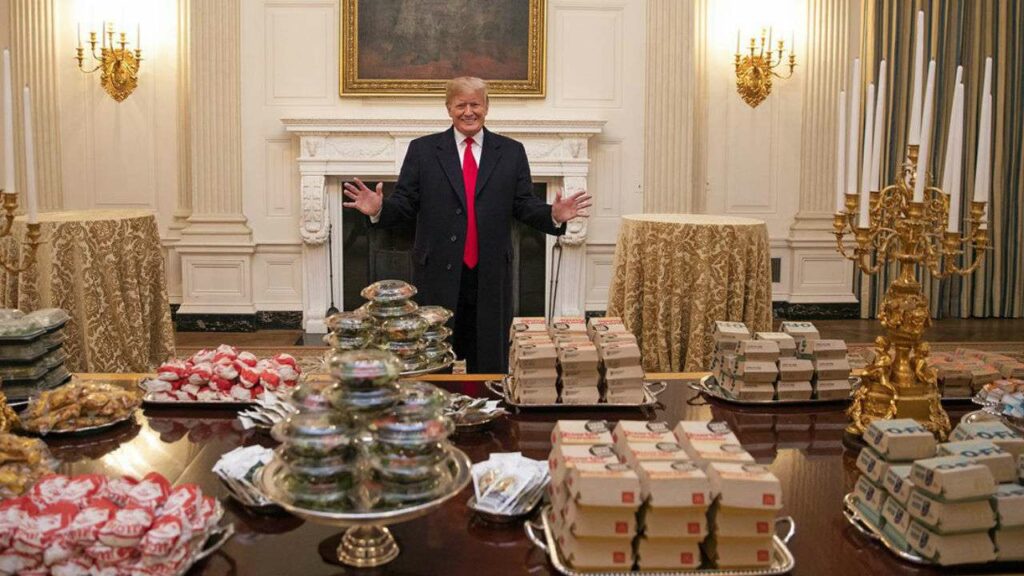 Local burger flipper and part time head of White House catering José Rodrigo has today been awarded the medal of freedom by President Trump, in honor of services to the nation, after the 15 year old MacDonalds employee single-handedly catered an entire White House banquet, complete with a side of fries and Coke.

“José has today demonstrated just how productive and innovative American workers can be when given the opportunity,” explained Trump to gathered press. “That’s why I’ve shut down the government, so we can ensure that red-blooded Americans like José here don’t have their jobs taken by evil Mexicans trying to come over here and steal our jobs.”

However, José has expressed surprise at Mr Trump’s characterisation, given his status as a temporary migrant from Mexico. “I don’t think Mr Trump realises what demographic makes up the burger flippers at MacDonalds. Basically the Venn diagram of people he’s trying to keep out and people he’s complimenting here is a circle.”

“In fact Mr Trump was so impressed by my work that he offered me a job as his Chief of Staff,” explained a confused José. “I don’t know what that job is but after years of dealing with stubborn, idiotic, pig headed members of the public at MacDonalds, I’m pretty sure I’m perfectly qualified for the job.”

“The only problem is that Mr Trump said I’d need to be fluent in Russian. I can’t imagine why.”