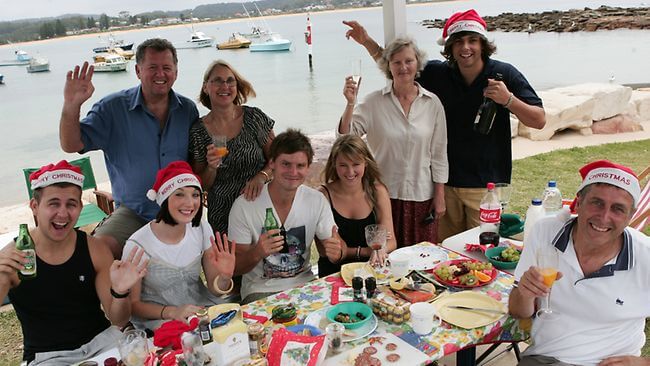 SYDNEY Reports are surfacing from within the household of the Roberts family in Mosman today, indicating that the traditional Roberts Christmas family lunch has been shortened to just five minutes to allow more time for individual family groups to whinge about everyone’s crude behaviour.

According to an un-named source within the house, five minutes is about as much time as the family is willing to allocate to racist and misogynistic comments over the festive break, “and it’s also just enough time for Uncle Brent to not help with the washing up at all without someone calling him out on it.”

Veronica, aged 12, who was seen emerging from the house in tears following an explosive outburst from within the house, told reporters that the Roberts Christmas lunches weren’t always so bad. “When we had some really hot weather back in 2012, everyone was just too tired and drunk to talk. We all had individual naps around the house. It was so lovely. Brent still didn’t manage to get off his ass to help though.”

Kevin, brother of Veronica who fronted the press while taking out the bins late this afternoon, believes that the lack of a hour long Christmas lunch wouldn’t make a difference. “It only really starts to feel like Christmas when we’re driving home and everyone’s bitching about how Uncle Matthew’s behaviour is just so out of line, or how terrible Cousin Scotty’s new tattoo is. After all, isn’t remembering why you only see your family once a year the true meaning of Christmas?”