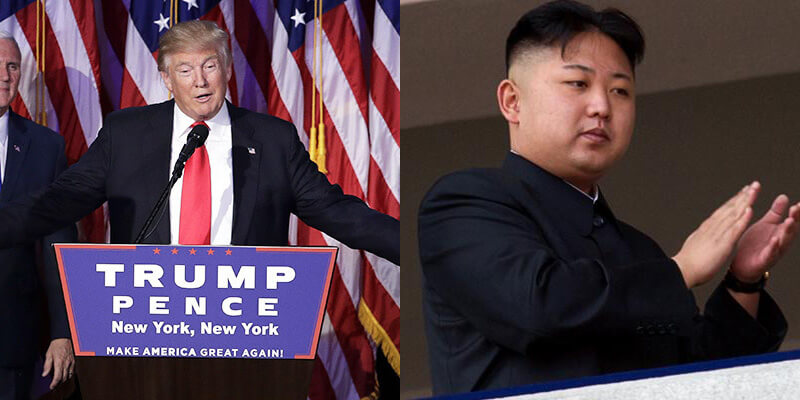 SPEAKING from a barbershop in Pyongyang, local teen Park Kim-Suk has expressed amazement at the election of Donald Trump and the subsequent outrage around the western world, claiming such a laughable turn of events would never happen in North Korea.

“I might have a limited range of state-approved haircuts to choose from, and the same guy is going to get 100% of the vote no matter what box I tick on polling day, but it could be worse – I could live in America. What’s the point in having a choice when both candidates are shithouse and the losers don’t accept the result anyway?”

“Our glorious leader doesn’t need to tell conservatives he’s going to stop the influx of immigration, because no-one wants to come here. He doesn’t need to have a Beyonce or Bruce Springsteen concert either, because he’s not a populist idiot – and what the hell is a ‘private’ email server?”

“From what I can tell, democracy is just a choice between rich assholes to see which one you hate less. If you eliminate the illusion of choice, then there is no loser!”

“OK so maybe we’re all the loser, but we’re losers together and that builds a real sense of community. Well, that and communism… and a fear of being executed too I guess. Maybe get back to me on that.”

Mr Park still has hope that Trump can someday help the US see the benefits of autocratic rule.

“A madman with crazy hair and control of nuclear weapons who people are afraid of, but also make jokes about – we might be closer than you think! At least we didn’t choose ours.”