WRITTEN BY
Martin Ingle
twitter: @martindefinite
1st of your 1,000,000 free articles this month 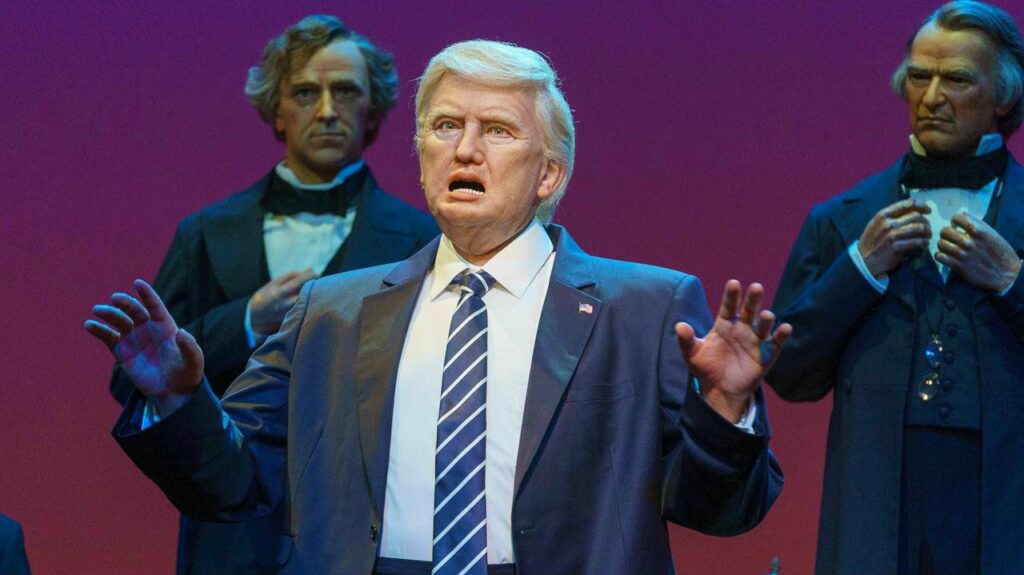 Disneyland is undergoing a rapid rebrand with the launch of their new house of horrors thrill ride featuring a President Donald J Trump.

The apocalyptic vision is a twist on their famous Hall of Presidents, which has life size robotic recreations of the American presidents, but until now was quite boring.

“We are committed to giving visitors of Disneyland an emotional rollercoaster,” said spokesman at the launch today.

The new ride released by the Disney corporation this week takes visitors on a journey to a fictional alternative reality where the American public elected a modern Hitler re-incarnate into the White House. Though there were concerns the public might find such an idea too unrealistic, reports from the first attendees of the “Hall of Presidents” ride have described the spectacle as “terrifying” and “truly immersive” with attendees describing the experience as being like as if they were actually there living the nightmare.

The robotic “President Trump” has been programmed to move haphazardly and without signs of intelligence or a soul. Its skin is pasty and clearly not human, a terrifying and accurate portrayal of Trump which the creators say took a while to perfect.

The Trump speaks words uttered by a president during an inauguration.

“Hearing those words from Donald Trump’s mouth is enough to make your skin crawl. We are really thrilled to give people the opportunity to experience this terrifying vision of what could ave been.”

The other robotic figures of past presidents are depicted as rolling in their graves. A lifelife version of President Hilary Clinton was reportedly scrapped due to it being too unrealistic, with attendees describing it as “far too animated and lifelike to be believable.”