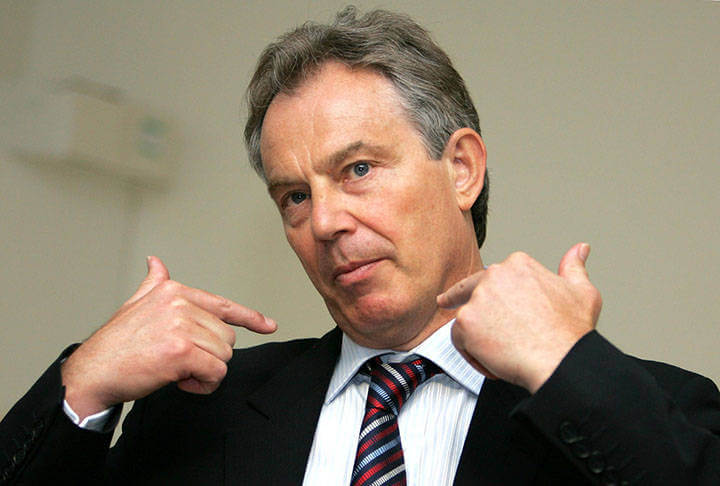 The former British Prime Minister Tony Blair has taken up a new role as a special envoy in the Middle East. The typically upbeat Blair has claimed he can solve the decades-old Arab-Israeli conflict in 45 minutes, a boast that regional experts say is no less implausible than his claim that Saddam Hussein could deploy WMDs against Britain in the same amount of time.

Blair’s participation has already helped forge common ground between the Israelis and Palestinians, who are talking for the first time since the Clinton presidency. The dialogue to date has focussed on how much both parties dislike Blair. “We have already been able to agree that we find Blair irritatingly smug, and resent his poncey, patronising accent,” Israeli PM Ehud Olmert said. “Perhaps we two nations aren’t so different after all?”

The countries are already negotiating on other key points, such as the controversial ‘right of return’ issue, where significant ground has already been made. Both Israel and Hamas have agreed not to let Blair return to their territory.

Blair has been appointed by the ‘Quartet’ of the EU, US, Russia and the UN, a sign that the former Prime Minister says is a sign of his capacity to make peace. “You think Israel and Palestine is hard? Try getting the EU to agree with the US on Israel and Palestine,” he said. “I only won through after the Europeans realised that the role would mean I’d have to leave Europe.”

The appointment has been met with criticism by Hamas, which has offered Blair a new role, that of terrorist target. “We believe a successful attack on him would be a unifying force. Not only in Iraq, Iran and Syria, but also for much of the British Labour Party.”

New British PM Gordon Brown has welcomed his former colleague to the role, but warned his Quartet partners that Blair may ultimately prove a liability. “He’s all charm and smiles to begin with, but when he can’t get the job done and become chronically unpopular, he’s impossible to get rid of,” he said. “He may be there for a decade.”